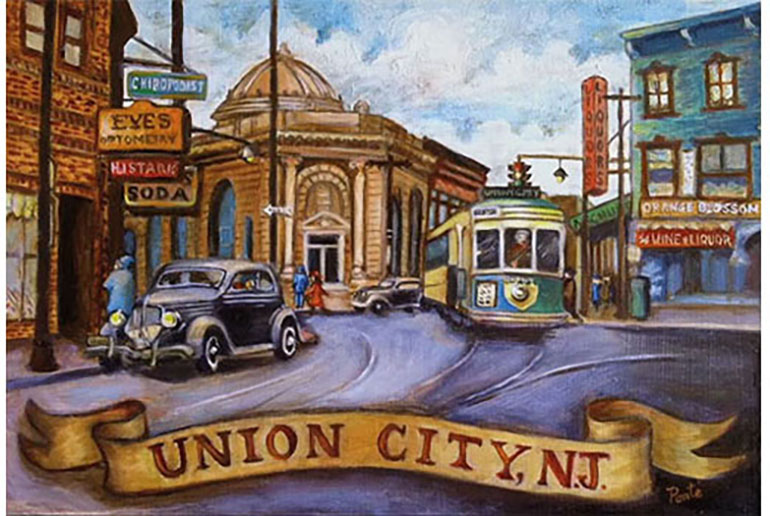 A Brief History of Union City

Eighty-five years ago on June 1, 1925, the Town of Union (colloquially known as Union Hill) and the Township of West Hoboken joined together and became one, the city of Union City. Today with a population of approximately 80,000 residents under the auspices of Mayor Brian P. Stack and the Board of Commissioners the city is experiencing an unprecedented period of economic, cultural, and artistic growth needed to remain vital and prosperous in the 21st century. As Union City looks forward and embraces the future it is also proper to pause and reflect on its past. Eighty-five years only marks the incorporation of the City of Union City. Its history is far older.

The original inhabitants of the area where Union City is now situated were the Native Americans. An Algonquian group, the Munsee speaking branch of the Lenni-Lenape, wandered the vast area of woodlands Henry Hudson encountered during his voyage of exploration (1609-1610) in service of the Dutch. Of the many European countries colonizing North America, the Dutch claimed this area, which would include the future New York City, and named it New Netherland. The part of land that would one day become Hudson County was purchased from the Hackensack branch of the Lenni-Lenape in 1658 by Peter Stuyvesant, the Governor of New Netherland. The deed is preserved in the New York State Archives. The deed describes the boundaries of the land purchased: " The tract of land lying on the west side of the North (Hudson) River. The tract beginning at the Great Clip or Great Rock of Wiehacken (Weehawken) through lands above the Islandt Siskakes (Secaucus) from there to the Kill van Kull and along the channel side to Constables Hook. From Constables Hook once again to the Great Clip in Wiehacken." The tract of land was purchased for the price of "80 fathoms of wampum, 20 fathoms of cloth, 12 brass kettles, 6 guns, one double brass kettle, 2 blankets, and one half barrel of strong beer."

The relationship between the early Dutch settlers and the Native Americans was an uneasy one. Disputes over property and land claims frequently led to skirmishes and war between the two groups. In seeking a way to protect the defenseless farmhouses in the newly acquired area, Peter Stuyvesant in 1660 ordered the building of a fortified village. The village known as Bergen was the first permanent settlement in New Jersey, now Jersey City. In 1664 the English captured New Netherland from the Dutch. At that time the boundaries of Bergen Township encompassed the area we know as Hudson County. To the north of Bergen Village was a largely unpopulated area known as Bergen Woods which would slowly be claimed by settlers. Some streets in Union City still retain the names of the early settlers. Yet the area that would one day become Union City remained sparsely inhabited until the early part of the nineteenth century.

The English granted a new town charter to the Town of Bergen in 1668. Then in 1682 Bergen County was created with its county seat in Hackensack. The new county comprised all of present day Hudson, Bergen, and Passaic Counties. In naming the new county Bergen, the English recognized and honored its earliest Dutch origins. Although sparsely populated during the 17th and 18th centuries, by the early part of the 19th century the population of the southeast section of Bergen County had increased to a point where it was deemed necessary to organize it as a separate county. In 1840 the New Jersey State Legislature created Hudson County. In 1843, the newly created County of Hudson was divided into two townships – Old Bergen Township and North Bergen Township. Old Bergen Township through the consolidation of its various communities eventually became Jersey City. North Bergen Township was gradually partitioned into the various municipalities of present day North Hudson. In 1849 the future City of Hoboken severed its ties with North Bergen Township. The next separations were the Township of Weehawken and the Town of Guttenberg in 1859. Union Township was created in 1861. From it, developed the Town of West Hoboken in 1861 and the Town of Union in 1864. The northern section of Union Township was finally incorporated as the Town of West New York in 1898.

The city that would one day become the City of Union City grew as two separate entities for over 60 years until 1925. From these two towns Union City derives a rich heritage of cultural diversity that continues to this day. For example, in the 1890's a small five- block area of West Hoboken running on Central Avenue from 23rd street to 27th street was known as the "Dardanelles" section. It was here more than nineteen different nationalities were represented. From the earliest Dutch, English, and French settlers a steady stream of immigrant groups would come to live in Union City. In 1851 Germans began to settle the area that would become known as Union Hill. The progression of immigrants would continue throughout the 19th and early 20th centuries. The Swiss, Belgian, Italian, Irish, Armenian, Greek, Chinese, Polish, Syrian, Jewish, and Russians all found a home in Union City.

Today that same cultural diversity can be seen throughout Union City, especially in the stores and restaurants along Bergenline Avenue. Various nationalities are represented, but dominated mostly by people from Central and South America and the Caribbean.

Beginning in the early 1950's Cubans began to settle in Union City. Many found work in factories and embroidery mills. By the early 1960's, when it became clear that Castro had embraced Communism, the trickle of Cuban immigration became a flood of Cuba's middle and upper middle class. They quickly assimilated with American society helping revitalize the local business areas such as Bergenline Avenue. In addition, as the Cubans were mostly well-educated professionals, Cuban-Americans became very influential in the social and political landscape of the City. 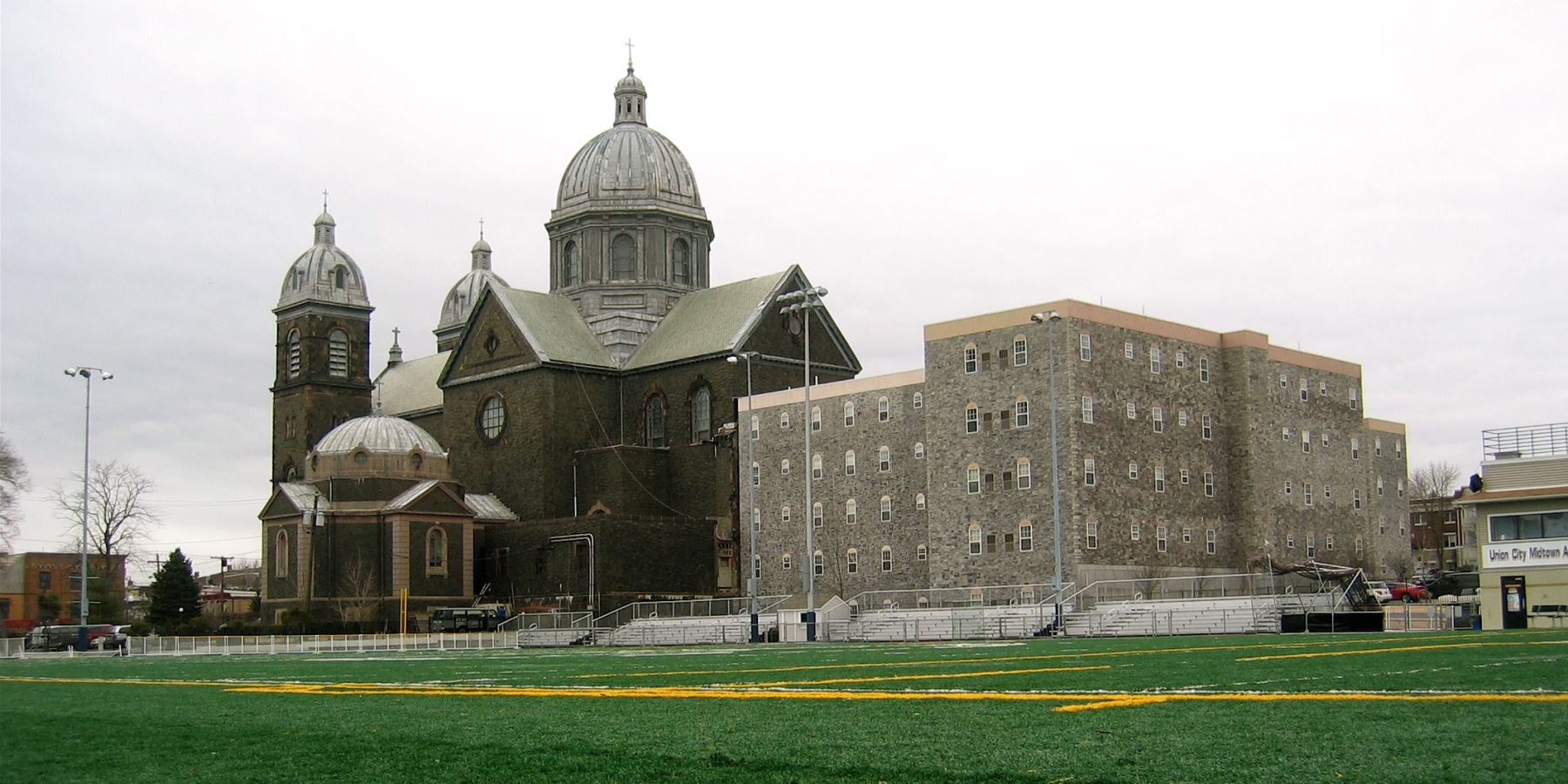 Union City takes pride in all its houses of worship and the many religions they represent. Many of the churches are more than one hundred years old and are admired for their architectural beauty. The former Saint Michael's Monastery Church, (today the Hudson Presbyterian Church), is perhaps the most notable. Its cornerstone was laid in 1869 and it was completed in 1875. The octagonal dome piercing the sky could be seen for many miles and once was the focal point for travelers on trains and ocean steamers.

Union City has also been home to many noted artists. William Ranney, Antonio Jacobsen, James Buttersworth, and Andrew Melrose all resided in the city. Interest in art and sculpture has not abated, as there are many talented artists living in Union City. In fact the city has been undergoing an artistic renaissance. Recently mayor Brian P. Stack & the Board of Commissioners passed a resolution creating the Union City Artist Collective, a committee dedicated to promoting the arts. The "UC ART Sculpture" designed by artist Lucio Fernandez was dedicated this past September on Bergenline Avenue between 30th and 31st Streets at the location of the planned Plaza of the Arts which will have its ribbon-cutting ceremony this year. September has been officially designated Celebrate Art Month in Union City with numerous exhibits and performances held throughout the city. The Union City Art Gallery At City Hall, under the direction of Art Curator Amado Mora, hosts a new art exhibit each month; and the opening of the Union City Art Museum to be located in the former 15th Street Public Library is eagerly anticipated.

Writers and poets have always found Union City to be a source of inspiration. These include Pulitzer Prize-winning poet W.S. Merwin and the famous American author Pietro di Donato, author of "Christ in Concrete". The city is the home of two Public Libraries to serve the needs of its many residents. The love of literature continues today, and it is perhaps best represented by Graciela Barreto, the Poet Laureate of Union City.

The performing arts have always been an integral part of Union City. The new Union City Performing Arts Center, a modern state-of-the-art 960-seat theatre, inaugurated in 2009, offers top-notch performances. The historic Park Theatre is world-famous for its annual production of the "Passion Play", first performed in 1915. The equally renowned play "Veronica's Veil" debuted in 1914 at the St. Joseph's Parochial School Auditorium and played annually until 1999 when the school was rebuilt to become Veteran's Memorial School. Theatres such as the Hudson, Lincoln, Capitol, and Roosevelt were well known. Vaudeville and burlesque were theatre staples in Union City, and stars such as Harry Houdini and Fred Astaire performed here. The performing arts still thrive in the City. The Grace Theatre Workshop is dedicated to promoting theatre in Union City and new and exciting theatrical groups such as the Donovan Ensemble and the TapOlé Dance Company are also making an impact. The city parks hold weekly performances of drama, comedy, and poetry during the summer months, as well as concerts of classical, jazz, rock, salsa and merengue music. Celia Cruz Park was dedicated in 2004 in honor of the legendary entertainer, and every Spring Latin stars are recognized there with a "star" in what has become Union City's Walk of Fame. 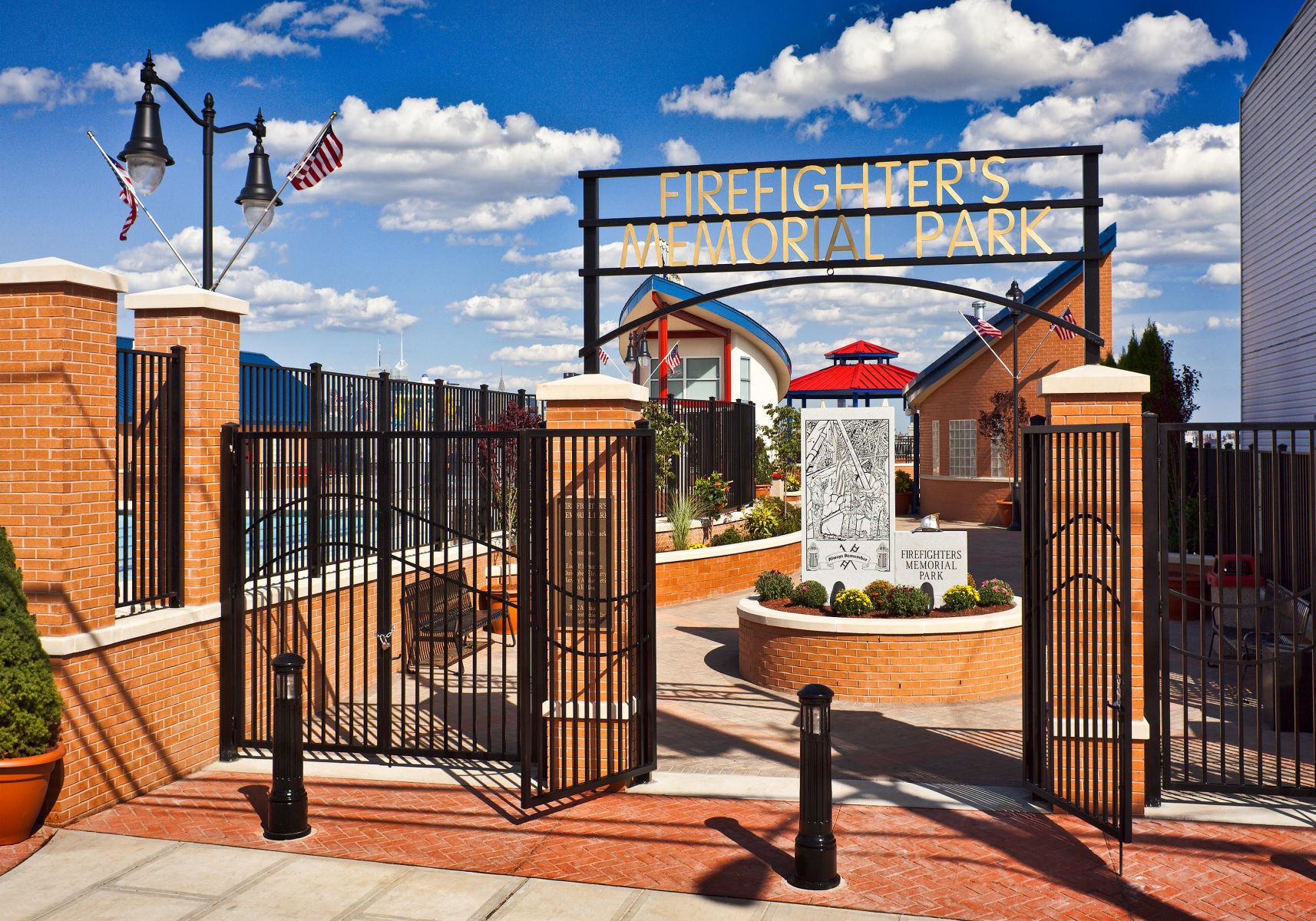 Under the administration of Mayor Brian P. Stack and the Board of Commissioners the building of new parks and public plazas and the improvement of existing parks is a top priority. Firefighter's Memorial Park was dedicated in August 2009 and has an Olympic sized swimming pool. Juan Pablo Duarte Park opened in 2004 on the site of the old Indian Pond Park. Its large wading pool and playgrounds make it a popular summertime stop for families, especially those with young children. War Memorial Plaza situated on 46th Street and Broadway is a beautiful area dedicated to all veterans. Liberty Plaza located at 30th Street and Palisade Avenue is dedicated to the victims of the September 11, 2001 World Trade Center attacks. Both plazas offer residents open spaces for rest and contemplation.

Another top priority is the school system. The city and Board of Education put the education of the children of Union City above all else. To better serve the educational needs of the community its two high schools, Union Hill and Emerson, were consolidated into one. In 2009, on the property where Roosevelt Stadium once stood, the city opened the new Union City High School and Athletic Complex. It proudly features a football stadium built on an elevated section of the high school with views of the New York City skyline. 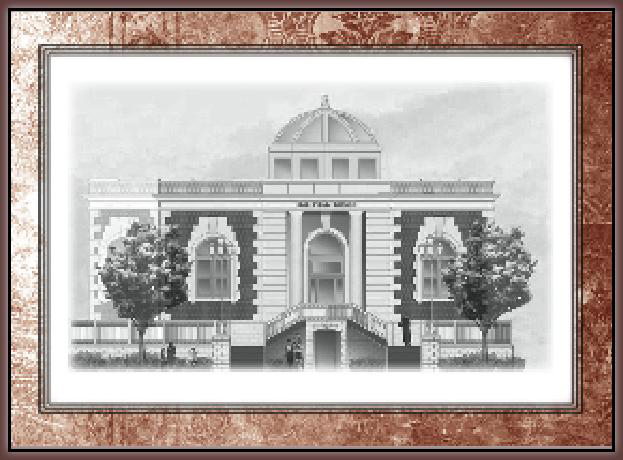 Union City is a city with a rich and interesting history and this brief overview is by no means a definitive one. To aid in the recording and preservation of the city's history Mayor Brian P. Stack and the Board of Commissioners appointed an Historic Preservation Advisory Committee. Historical markers are being erected to honor note-worthy residents of the city. A History Museum along with a Fine Arts Museum and Concert Hall is to be housed in the former 15th Street Free Public Library, a Carnegie endowed building, itself more than one hundred years old. The statues that stand in the parks of Union City are works of art designed by famous sculptors. The architectural qualities of many buildings in Union City still exist although you may not recognize them at ground level. Sometimes all you have to do is look up to see the beauty that is the City of Union City and its people, the human monuments that continue to make the city prosper and grow.